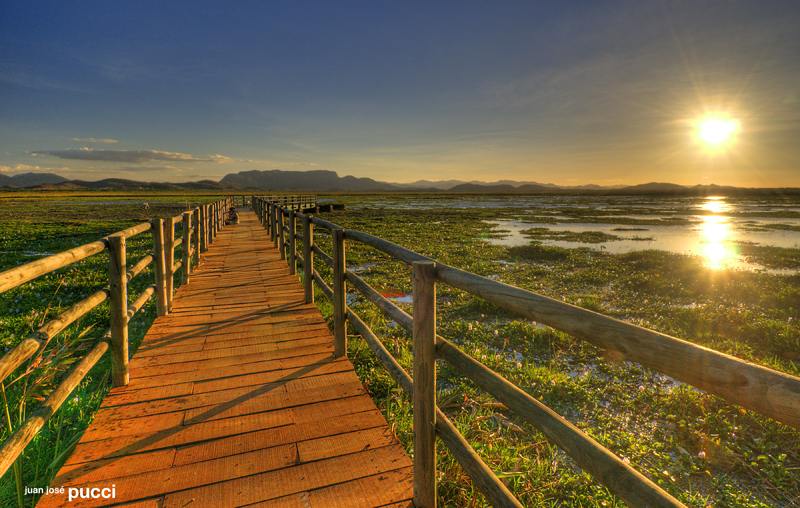 Palo Verde is one of the most important sanctuaries in Central America for migrating and resident species of waterfowl. Visitors will discover the natural beauty of the tropical dry forest and the magnificent wetlands, a rich mosaic that encompasses 15 different habitats.

During most of the year, the marshes, which can be seen from the station and reached within a few minutes’ walk, provide shelter for herons, storks, egrets, grebes, ibis, ducks, jacanas, and other waterfowl and web-footed birds, many of which are migratory.

In 1968, the Palo Verde area was chosen as a dry forest site for an OTS project on comparative ecosystem studies, which was funded by the U.S. National Science Foundation. This area is one of the few in Central America with remnants of tropical dry forest.

Due to the seasonal concentration of wading birds in its wetlands and the protection of last remnants of neotropical dry forest, the government of Costa Rica declared the site as a National Wildlife Refugee in 1977. In 1980, an adjacent property was aggregated to the conservation unit, and since then both the wildlife refugee and the new propriety have formed what today is known as Palo Verde National Park. The park has a total extension of 19,800 Ha.

Before becoming a national park, Palo Verde had been a cattle ranch for more than 50 years. It is believed that heavy grazing, along with seasonal fires, were instrumental in keeping the seasonal wetland free of invading plant species, such as cattails.

In 1991, the park was included in the Ramsar List of Wetlands of International Importance due to: 1) playing an important hydrological, biological, and ecological role in the functioning of the Tempisque River Watershed and the Gulf of Nicoya, located 20 km downstream; 2) being a rare wetland within its biogeographic region; 3) having special value for the maintenance of genetic and ecological diversity in the region; 4) serving as valuable habitat for critical periods in the biological cycles of plant and animal species; and 5) hosting on a regular basis a population of over 20,000 waterfowl including many migratory species such as black-bellied whistling ducks (dendrocygna autumnalis), blue-winged teals (anas discors), American wigeons (anas americana), northern shovelers (anas clypeata), and ring-necked ducks (aythya collaris).

The annual mean temperature is 81°F (27°C) with a maximum of 99°F (37°C) during the dry season. Palo Verde is classified as tropical dry forest with an annual mean precipitation of 1500-2000 mm, distributed between June and November. The dry season months are from December to April. The rainy season begins in May and lasts until the end of November.

If you want to know more about the species list that you can to find at the research station, please click here.

Zone: Parque Nacional Palo Verde, Bagaces, Guanacaste, Costa Rica.
Distance from San José: 230 km; 4.5 hours. The station is within the Palo Verde National Park on the Pacific slopes of Guanacaste Province in northwestern Costa Rica (10° 21′ N, 85° 21 W). The 20,000-hectare park has seasonally dry forest on limestone outcrops and extensive wetland vegetation bordering the Tempisque River that flows into the Gulf of Nicoya.
Getting there: Palo Verde Research Station is located in the Province of Guanacaste, 1 hour southwest of Bagaces on an unpaved road (28 km, 17 miles). From San José, it is 4.5 hours; from Puntarenas, 3 hours; and from Liberia, 1.5 hours. To get there, take Route 1 (Carretera Interamericana) north from San José (follow signs towards Nicaragua) to Bagaces. Once you arrive at Bagaces, go southwest on the unpaved road opposite to the gas station. The gravel road is rough and requires slow travel. You will encounter several forks in the road, follow signs.
Phones: San José Tel. + (506) 2524-0607 (ext. 1340), Fax. + (506) 2524-0608
Palo Verde Tel. + (506) 2661-4717, Fax. + (506) 2661-4712
Waze: Press here to load Waze

GUIDED WALKS ARE SUBJECT TO AVAILABILITY. IF INTERESTED, PLEASE INQUIRE WHEN MAKING RESERVATIONS.

Talks give participants a glimpse into this endangered ecosystem as well as the research, education, and conservation activities carried out by the Organization for Tropical Studies at Palo Verde in conjunction with the National Parks System. Guided walks, when available, last two hours each and lead participants through the dry deciduous forests, limestone cliffs, and marsh.

The Tempisque River is brackish water lined with a variety of species of mangroves and different invertebrates and vertebrates that depend on it. The river tour consists of two parts: Charco (up river) and Bird Island (down river). You have a choice of which one you would like to do. Each is unique in habitat and species richness.

If you love to walk and get in some scenic views, we have four different trails that will definitely be worth the effort. You must be sure to take water, comfortable hiking boots, and, of course, a camera. Maps of these trails are also available.

Do not forget to ask about our workshops and lectures on a variety of different topics with a focus on flora and fauna of the surrounding tropical rain forest.

We can help to design a custom day-by-day itinerary based on your wishes and preferences.

Read our Reservations
and Cancellation Policies 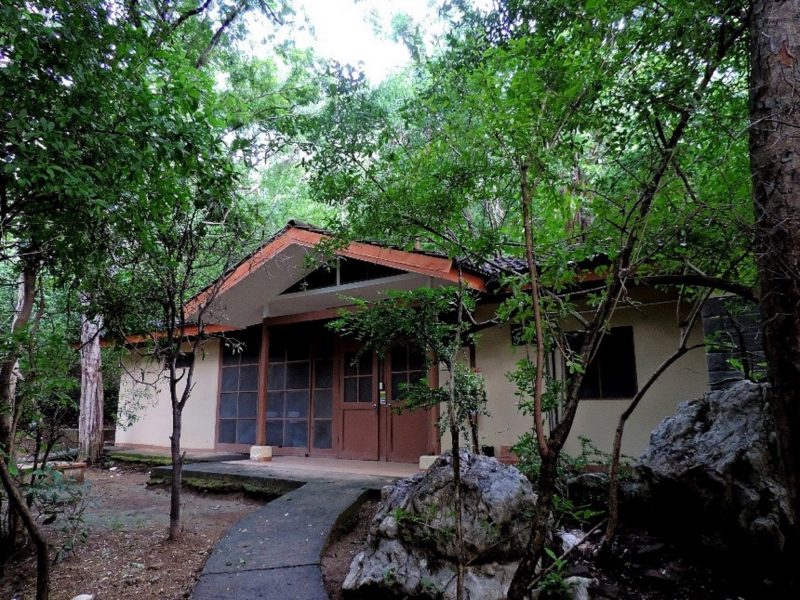 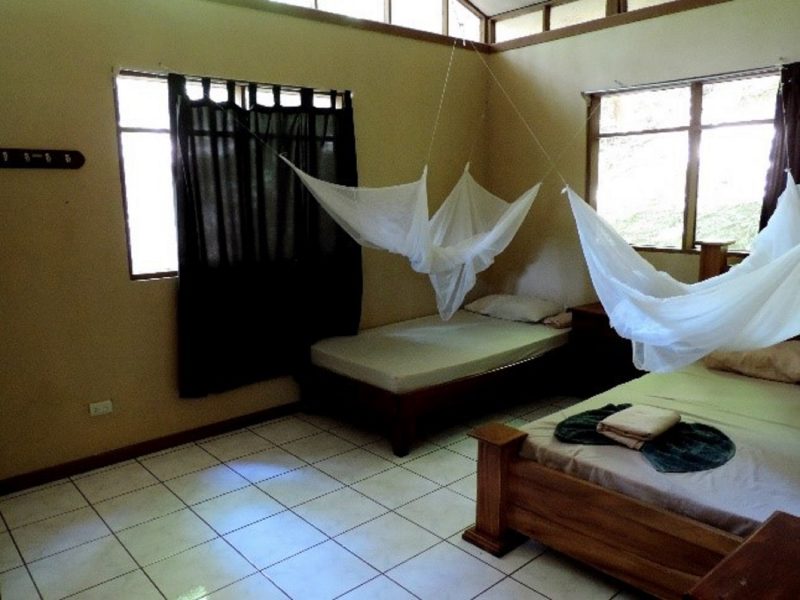 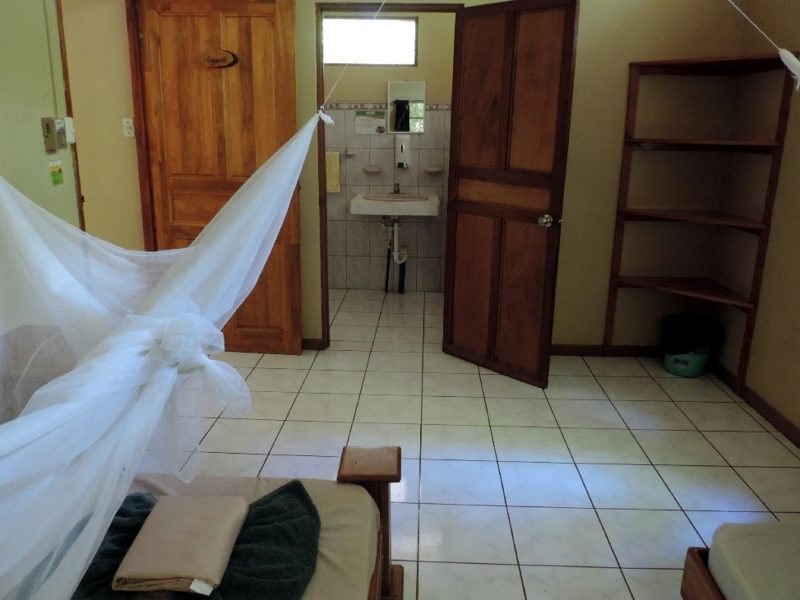 For boat tour reservations: Please take into consideration that we are inside of a governmental national park. The rangers monitor the main gate, not OTS, from 8:00 am to 4:00 pm without exceptions every day. As a day visitor, the only option is at 10:30 am.

If you want to receive information about us, please click here